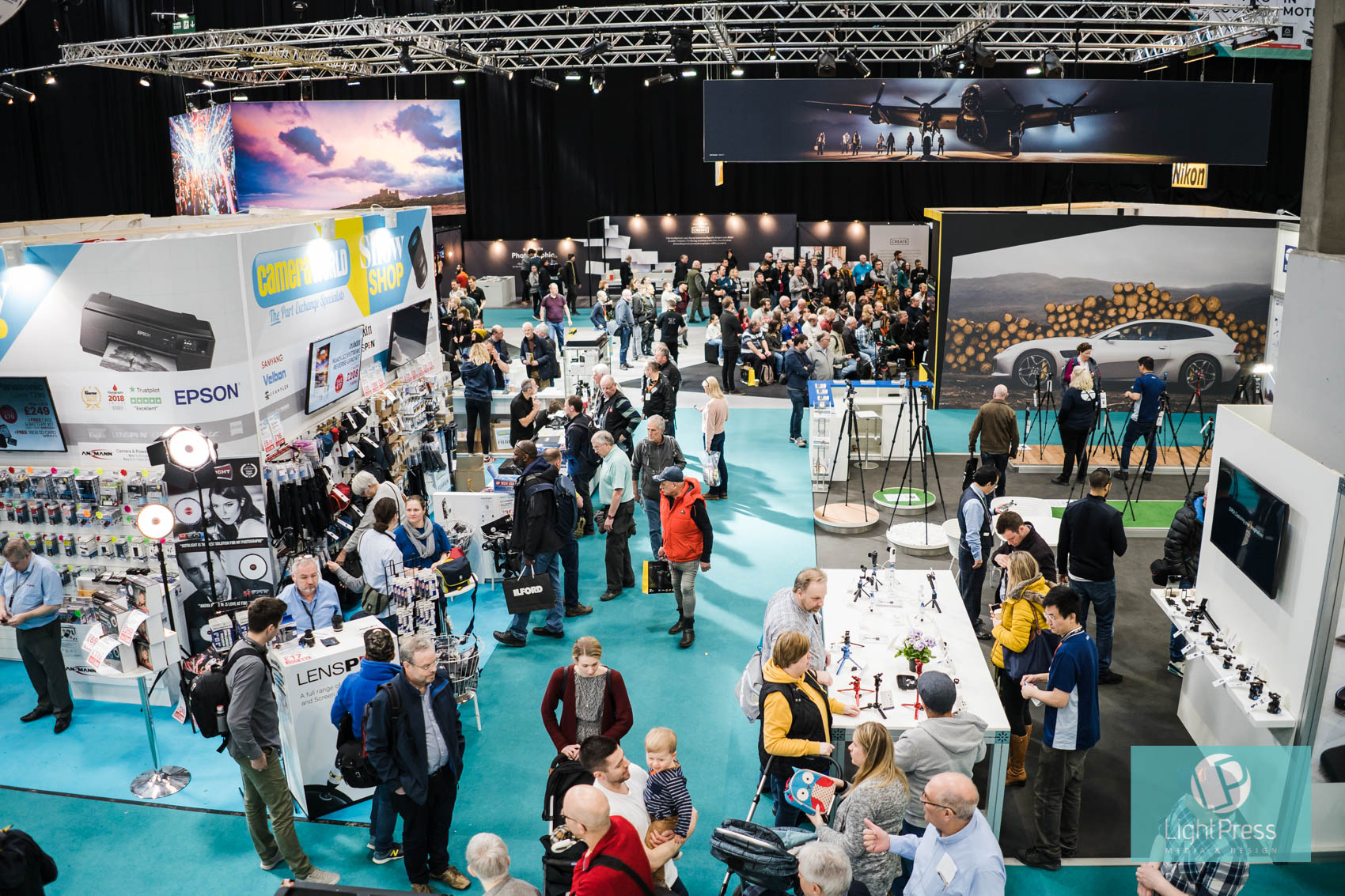 I’d never been to the UK Photography Show before I thought it would be a great opportunity to test drive some lenses – having recently moved from Nikon to Sony (after 20 years of shooting the former) I was interested to see what was on offer in the flesh.

I managed to bag the train fair down and back for under 100 notes – quite an achievement these days – and got a decent hotel within a ten minute walk of the Birmingham NEC, hosts of the event.

The raised platforms for testing zoom lenses are a great place to capture the event from.

The whole event seemed to run very smoothly and the organisers, Future PLC, seem to have it down pat. They probably should do after X years of running it.

There was the odd occasion where space was a little tight in the aisles but this normally came about from a popular talk, demonstration or something similar happening at a stall and there was always a way to go around it.

This year added “The Video Show” to the agenda, focusing on Drone use and video work. I can’t compare to previous year’s exhibitor list obviously, but it was great to see audio companies showcasing their microphone systems etc. I had a really good talk with Audio Technica and after a demonstration on my own equipment I’d brought along, I parted some cash for their wireless lapel setup. 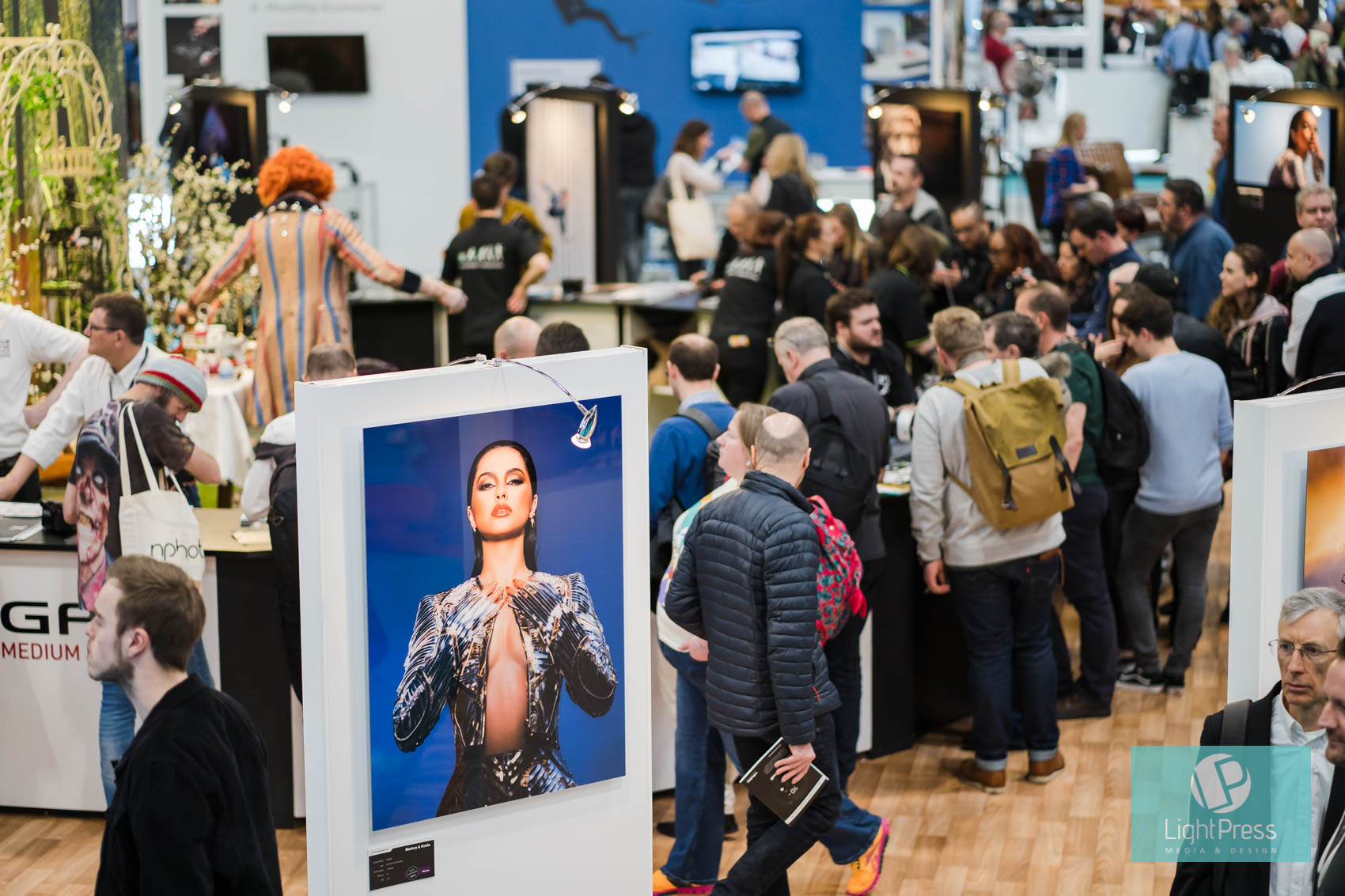 Fujifilm’s display kept the punters busy with models coming and going throughout the event.

The NEC in Birmingham hosts the Photography Show and is a central hub for the area. It’s attached to the railway station which was ideal for us arriving on the train from Edinburgh. The airport is just next door so there’s a plethora of hotels to choose from but you need to get in there quickly before the cheaper ones are fully booked.

There always seemed to be a toilet nearby and I never felt rushed or unwelcome. 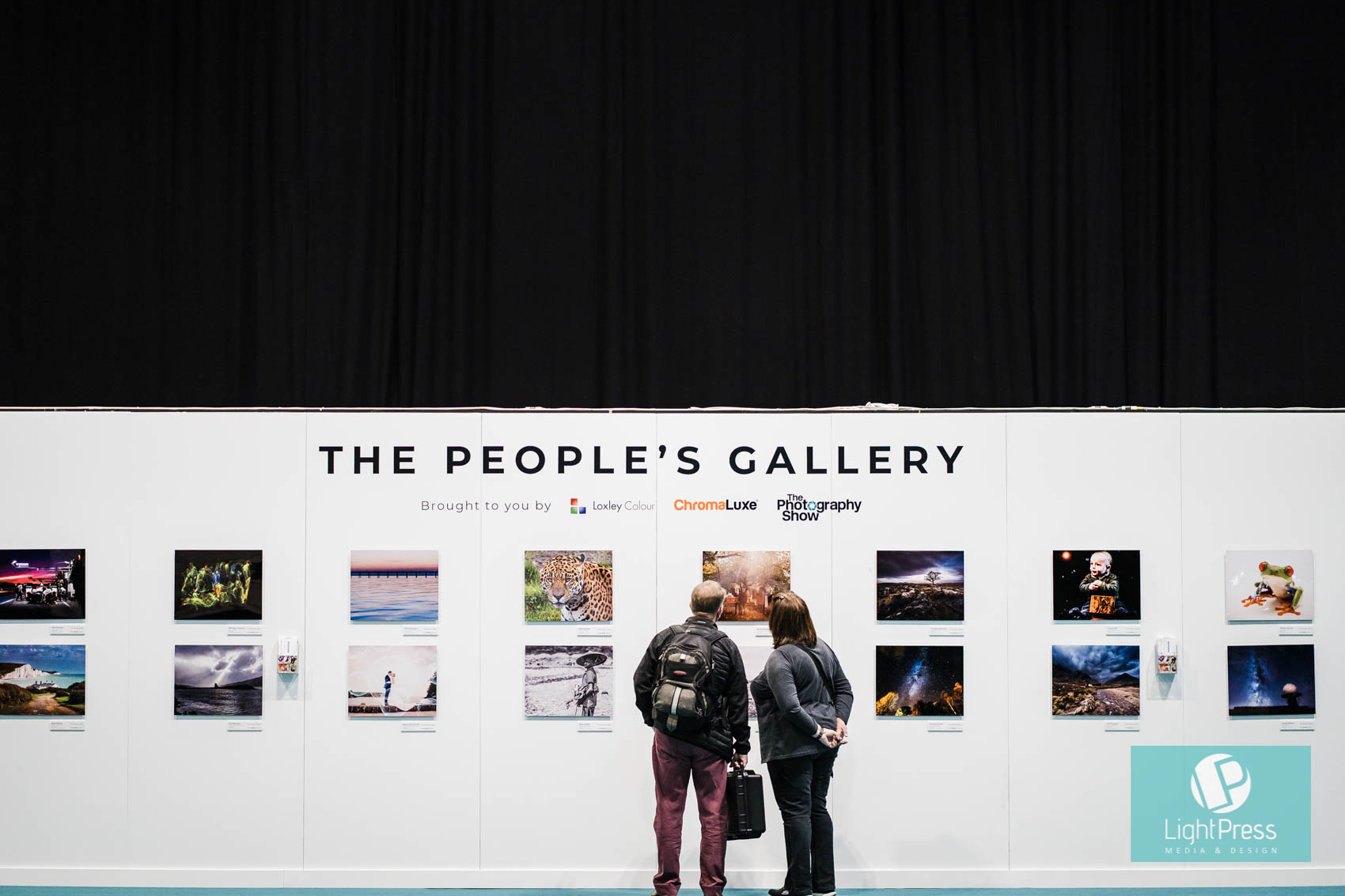 The foyer of Hall 5 had a fantastic gallery to browse while you were waiting on someone.

There certainly wasn’t a shortage of things to see! All the big players were there to show off their goods.

Nikon were pushing their new mirrorless cameras – the Z6 and Z7 – almost as soon as people entered the show. They also had a small theatre in their section which was running talks throughout the show.

Sony were there in full-force with multiple stalls and pretty much everything you could have hoped to try was there to be tested (yes, I spent a long time trying many wonderful lenses). I also made enquiries about their pro support membership which is something I will be applying for soon.

Canon had a range of things to do and see including a lighting stage which had model ballerina’s on it when we approached. 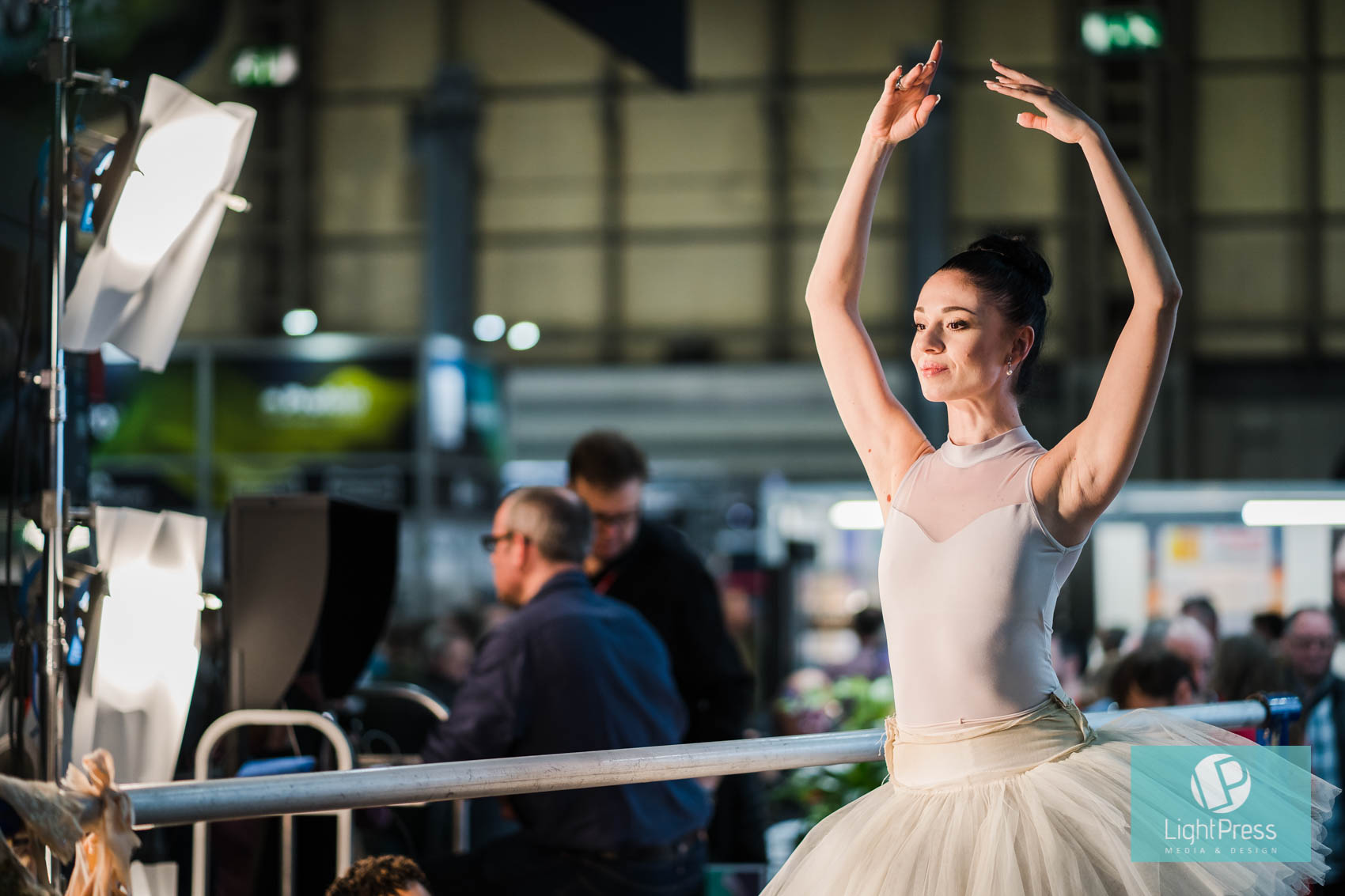 Fujifilm also gave us some models to work with and at the time we were treated to an Alice in Wonderland setup. 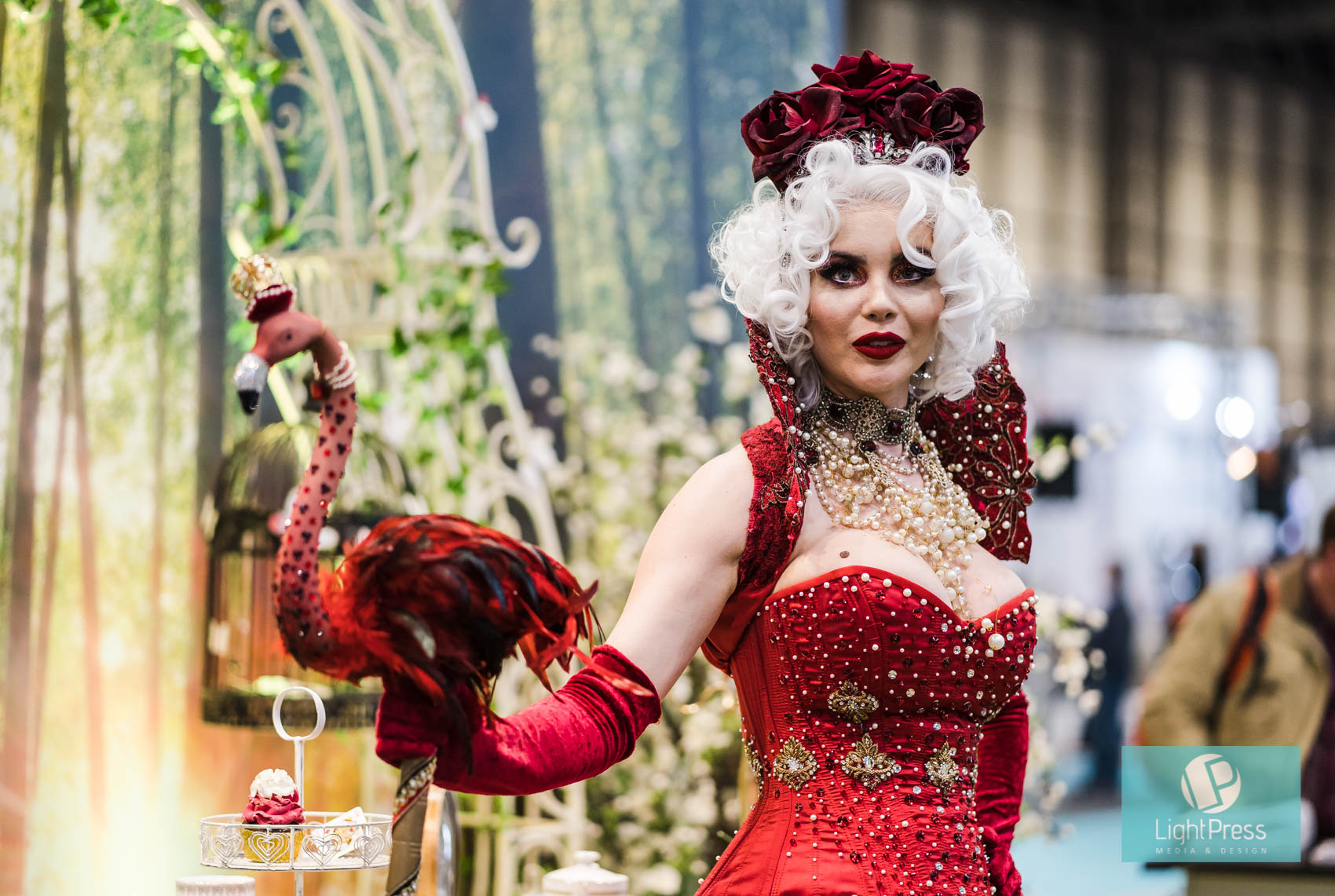 The Queen of Hearts at Fujifilm’s stand.

The real excitement was finding the wee gems within the show – things that create intrigue and spark a creative flare in you! Worth a mention is Solarcan. As you walk by you could be mistaken into thinking they were selling some kind of energy drink. In fact, their product is a (large) soda can sized pinhole camera which is designed to be left outside in position for weeks or months to capture the sun’s movements. Check them out!

We also spent some time talking to the founder of GamerGram – an interesting concept of computer game photography – where every image was taken in a virtual world such as Red Dead Redemption or Assassins’s Creed (et-al). 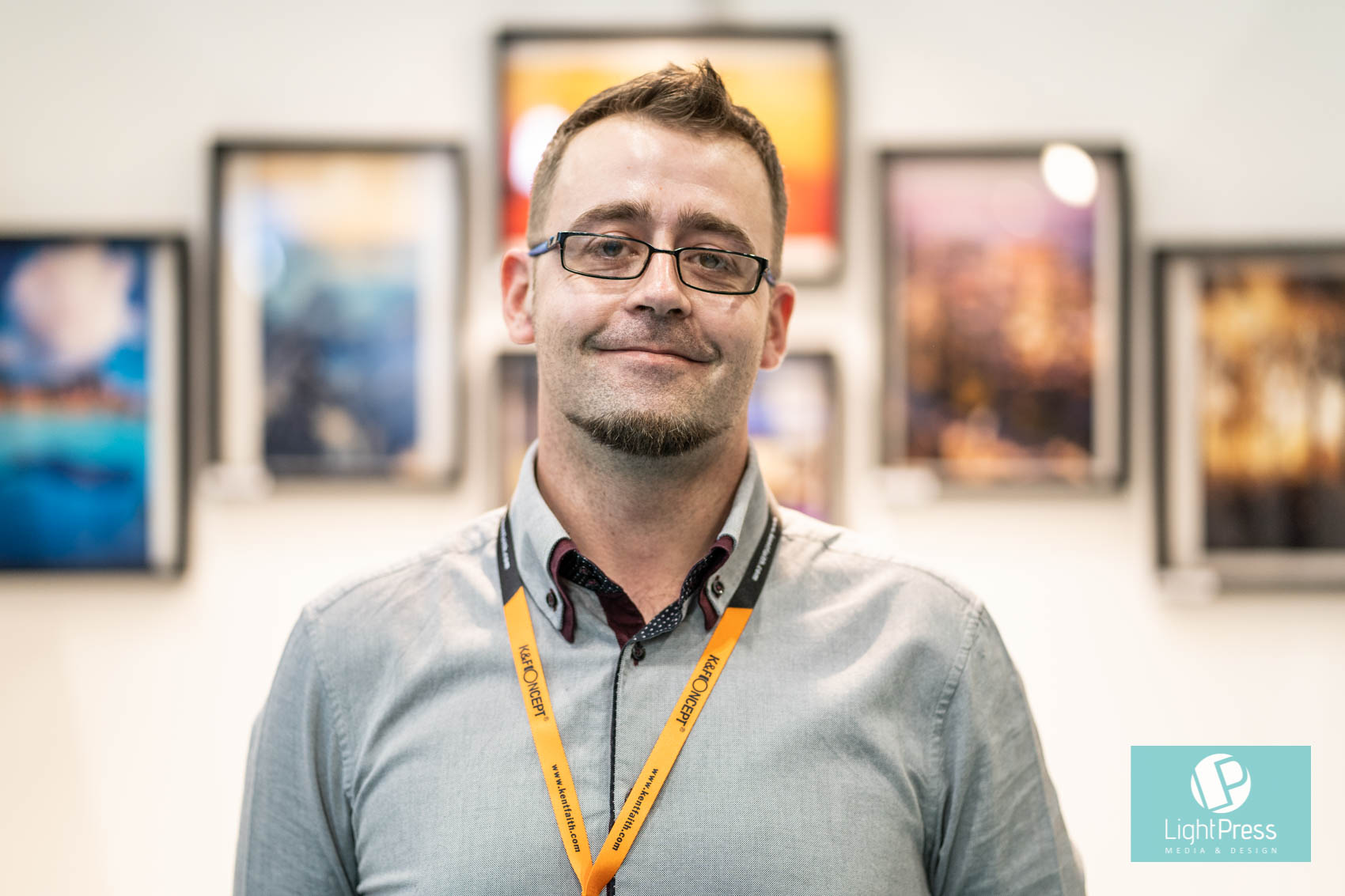 Head honcho of GamerGram took some time out to explain the concept to us.

It was also great to be able to hook up with my friend, Cat Burton, who was showcasing her work over at the Chromaluxe stand. Their aluminium prints are simply stunning and Cat’s art was the perfect way to show it off! If you haven’t seen her work, go do it now! 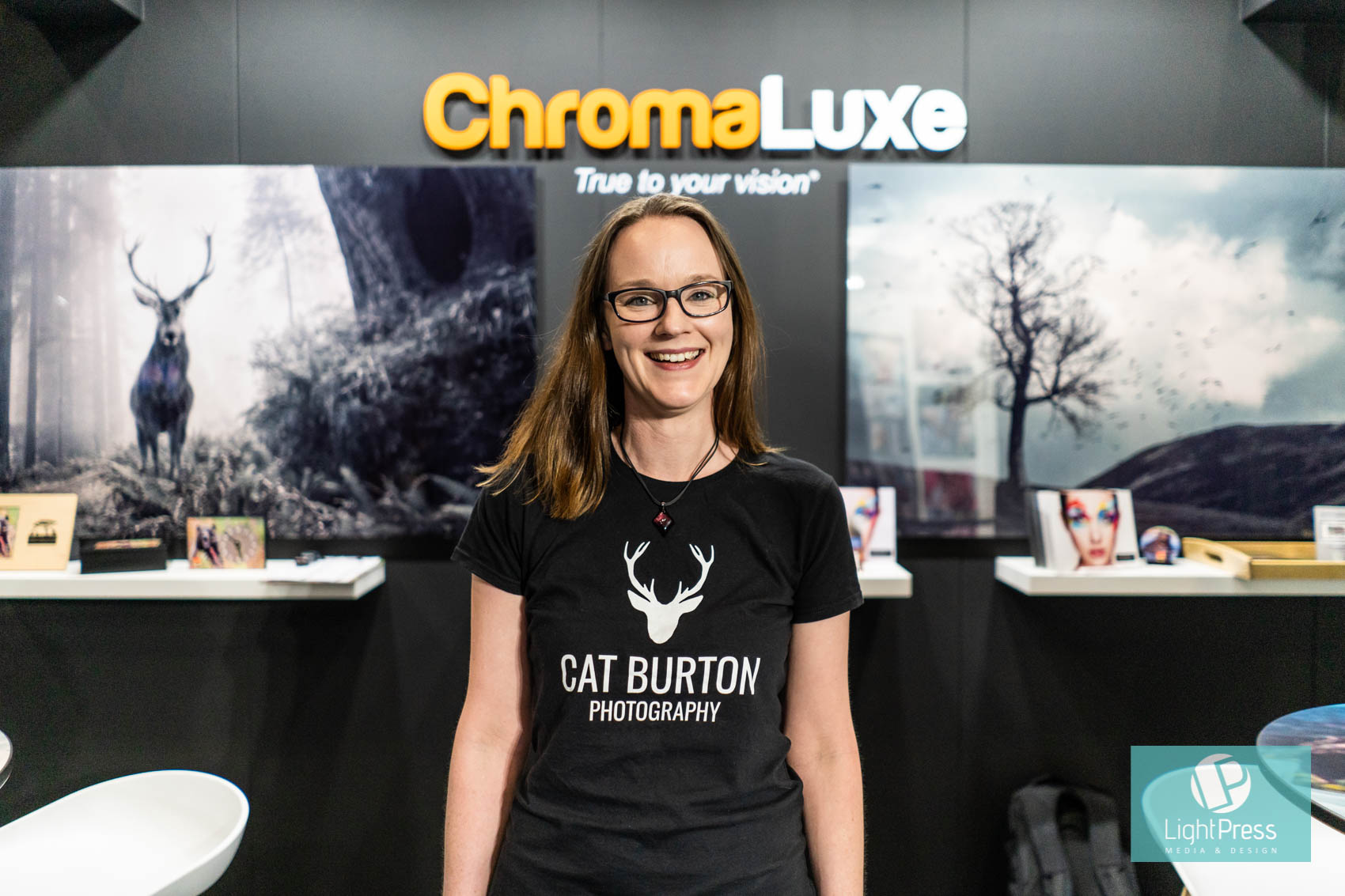 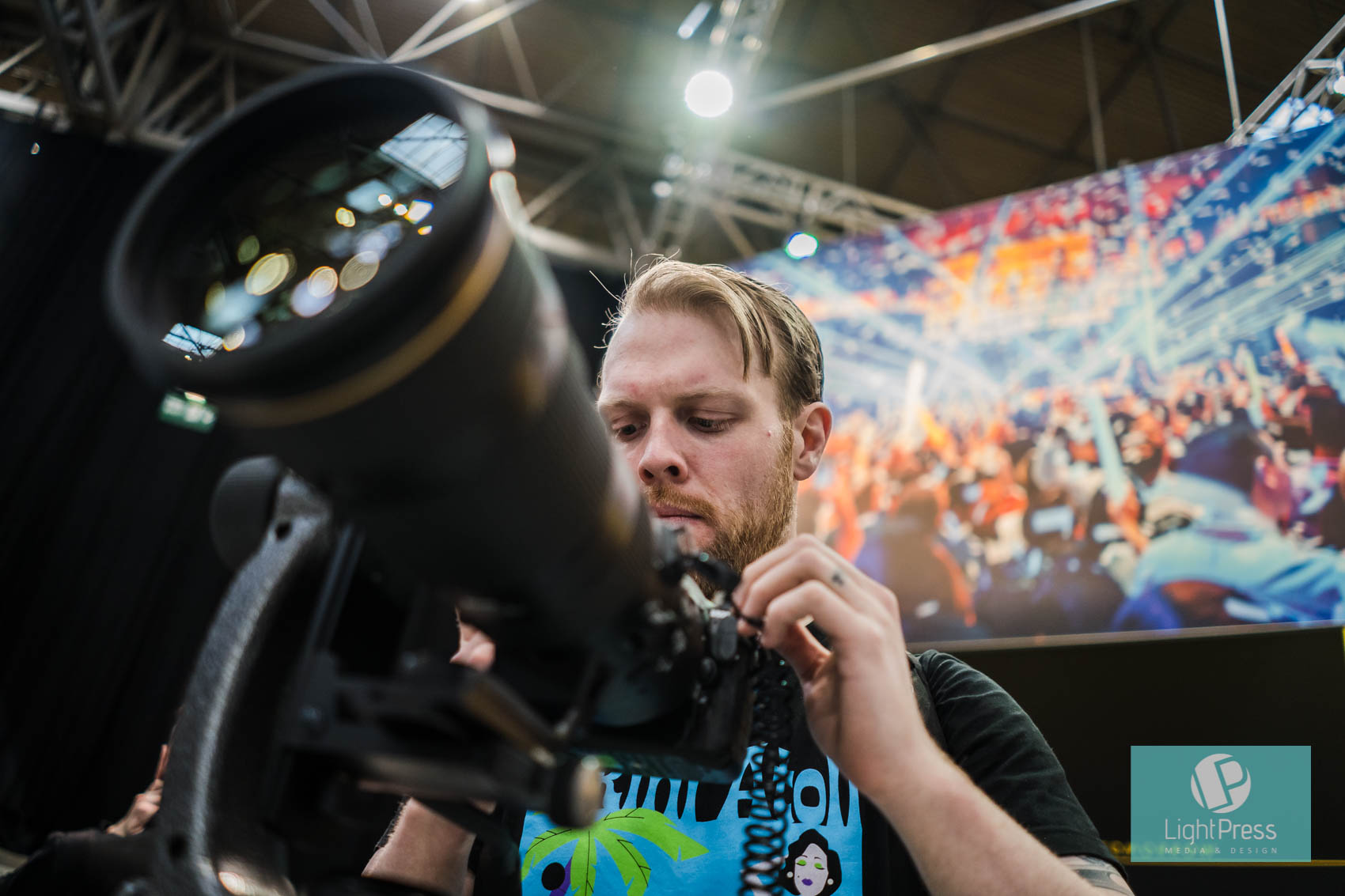 Chris Logan Photography looking for a new zoom lens for his Nikon.

I wasn’t really at the show for the talks, but we still managed to catch a few. It was especially fun to meet up with Kate Hopewell-Smith who helped me at a previous event to understand the Sony system and what it could do for my business.

Kate and Brent getting stuck into the hybrid shooting capability of Sony cameras.

On our final day we caught a talk by Ross Harvey who spoke a lot about the emotion of a shot. It was a really refreshing change and he was the right amount of funny and interesting combined. Check out his work and keep an eye on his framing and use of triangle shapes… 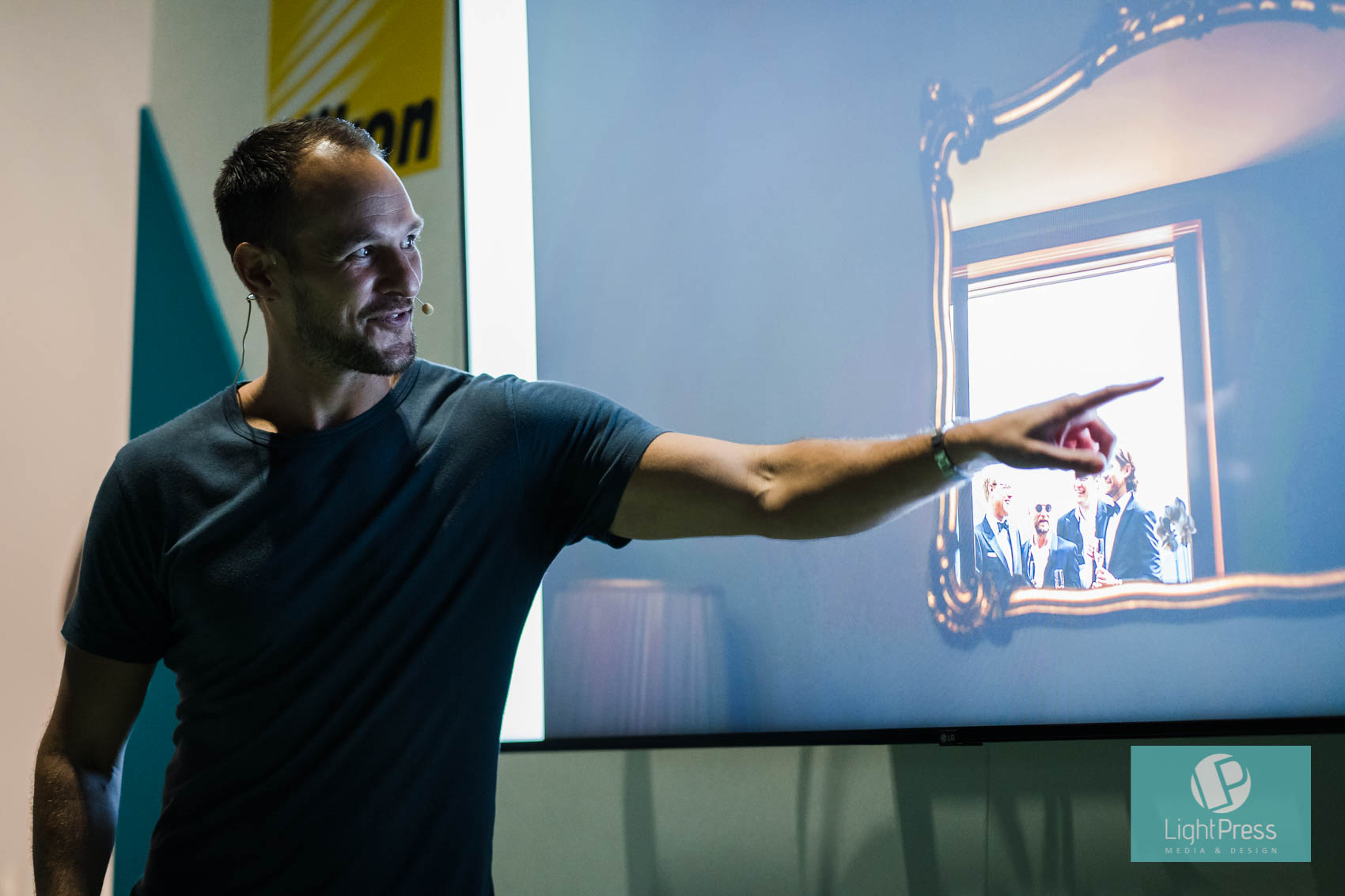 Ross Harvey explaining the theory behind his shots.

Looking at the “What’s On” list, there was plenty to go and see but you could easily find yourself running about the hall daft trying to get from talk to talk.

Where to start? There seemed to be an endless amount of album suppliers, papers, printers, filters… Again this wasn’t why I was at the show so I’ve nothing to report beyond “they were there”. We DID discover some nifty wee gadgets such as this macro light setup below: 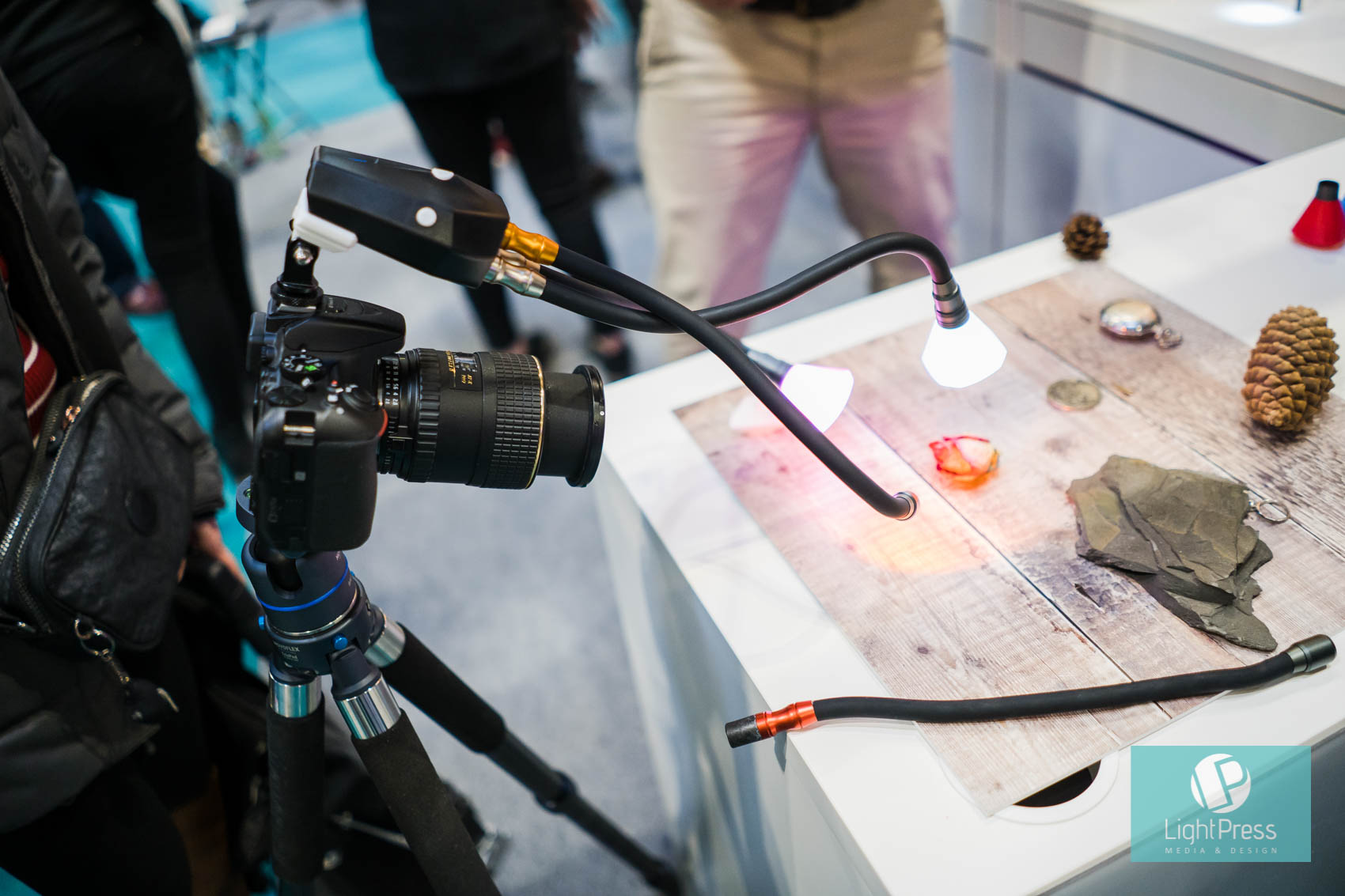 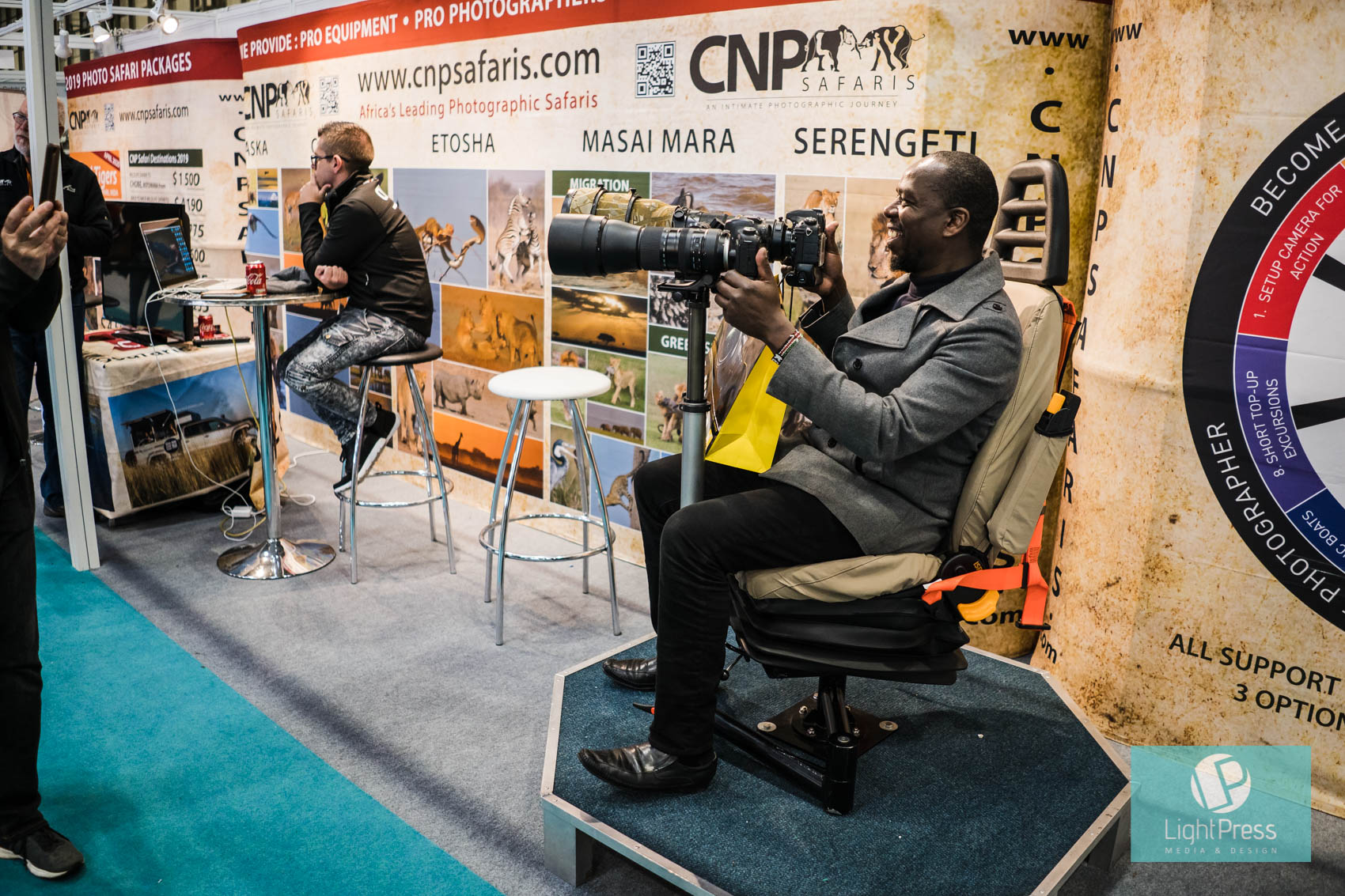 I had an absolute blast at the show. That might be down to the fact that I needed new lenses and some other kit – I was like a kid in a candy shop! That said, I’ve already started looking at next year’s dates and if there are any bargains to be had at the hotels by booking this early… 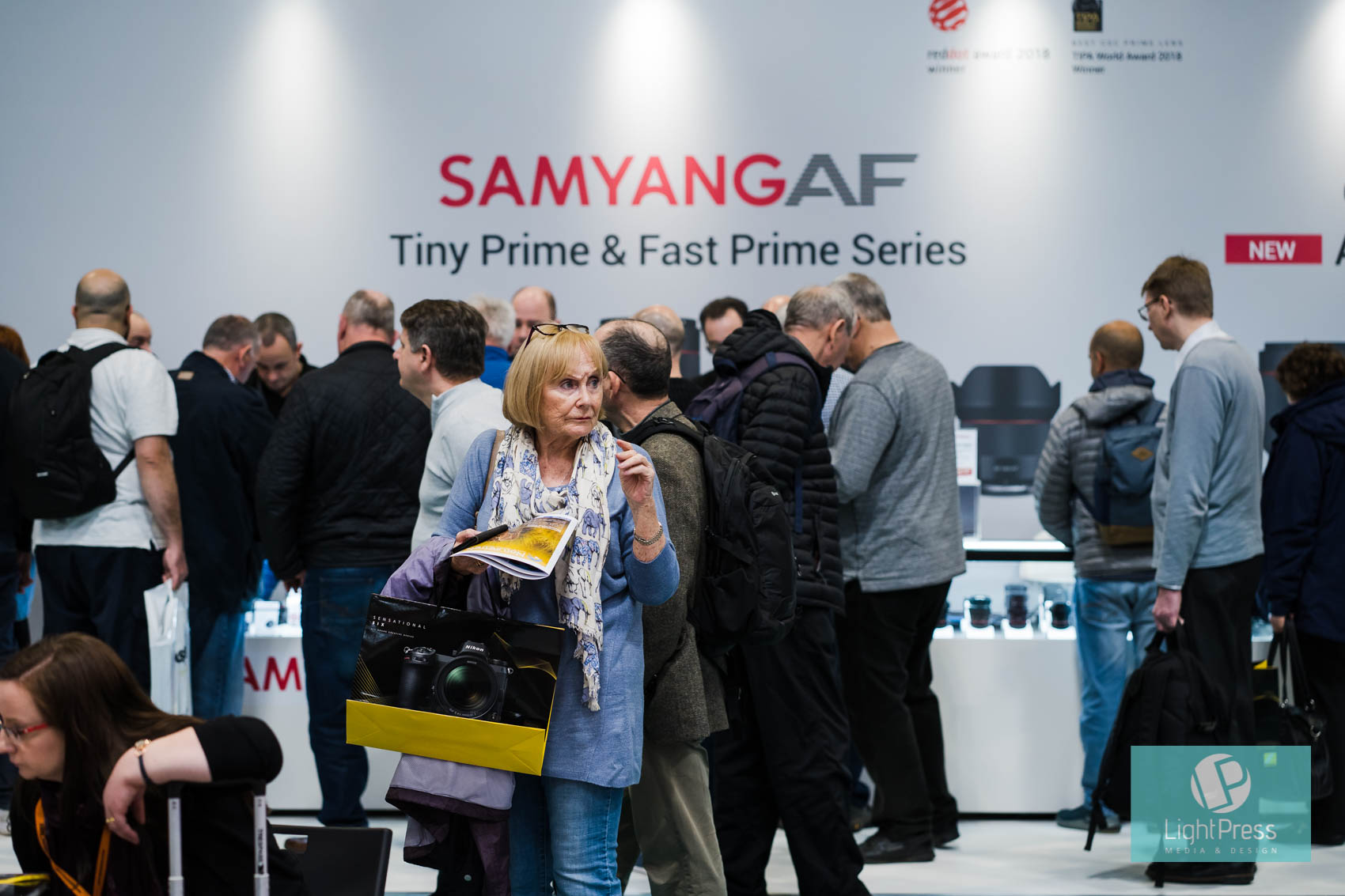 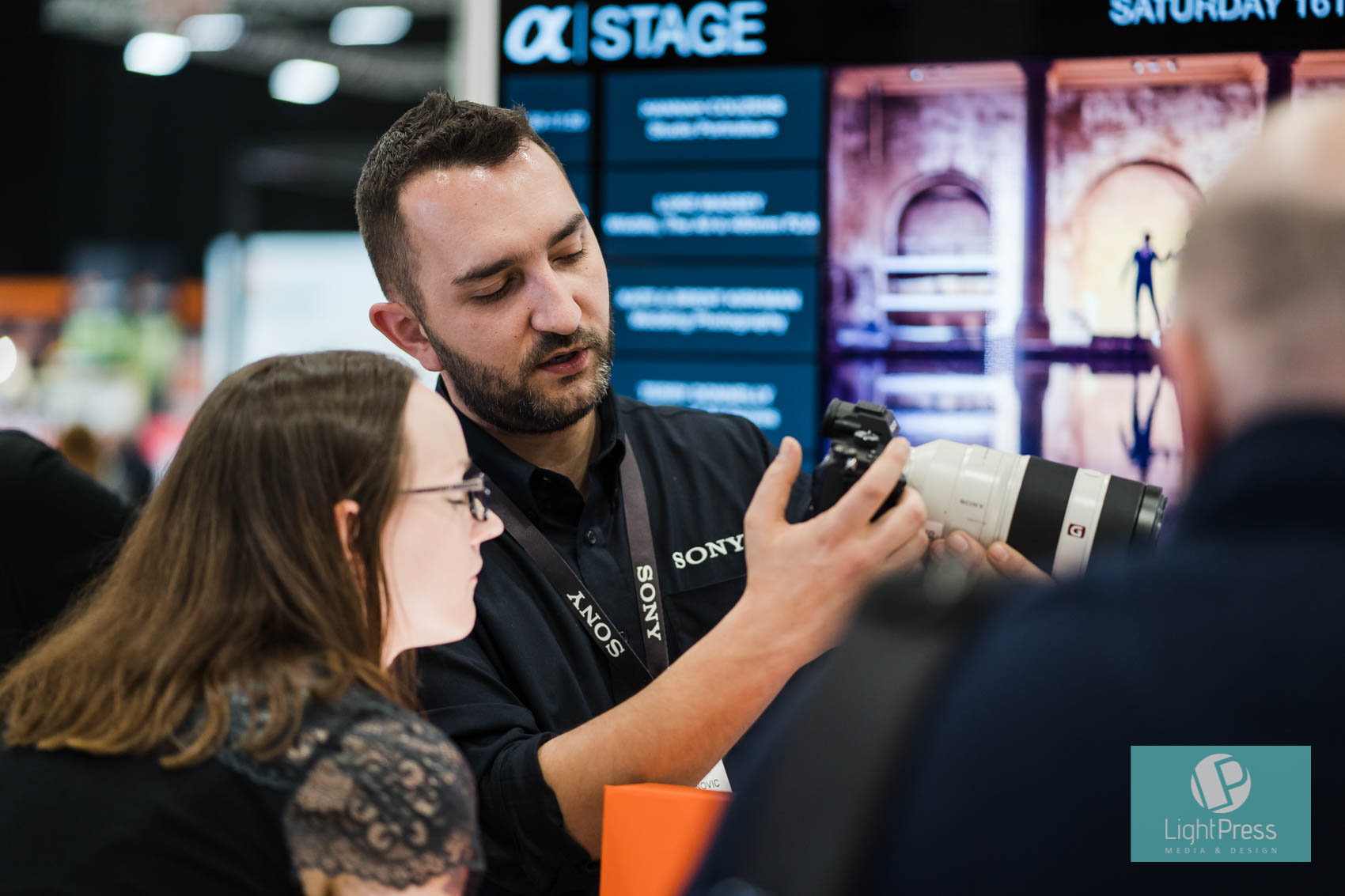 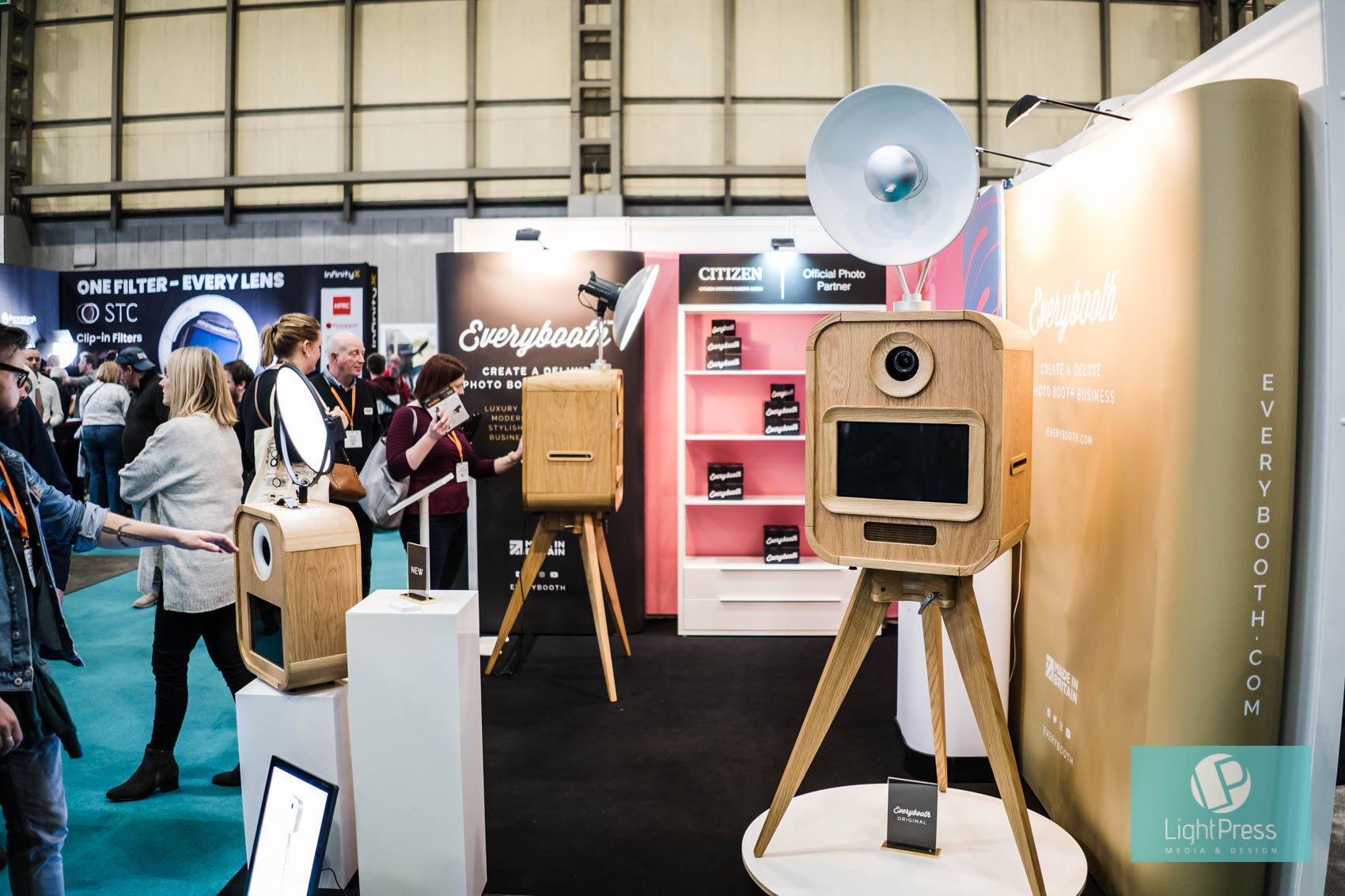 Ian is a full time photographer, video creator and graphic designer based in Perth, Scotland.

All images were taken on the Sony A7iii with either a 28mm or 85mm lens.